The Italian onion has greatly interested Sweden and Finland 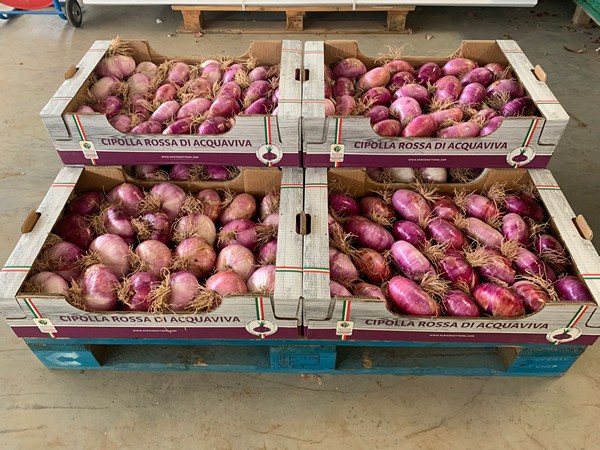 Sweet red onion, rich in high content of vitamins B and C from the Italian city Acquaviva delle Fonti, is becoming more and more popular. Its bulbs reach a weight of up to 1.2 kg and it also contains a lot of flavonoids (food dyes, antioxidants). The new onion harvest season, which began a few days ago, inspires great hopes both in terms of volumes and sales. Giammarco Lionetti – the owner of 10 hectares of land, told about it in an interview with the famous European online publication FreshPlaza.

As Giammarko said, the red onion harvest turned out to start ten days earlier compared to last year. Last weekend, the first harvest began. The demand from customers is growing rapidly and the need for our product has also been restored in the Scandinavian countries, in particular in Sweden and Finland. It is still too early to talk about retail supplies, but the markets of Bologna, Milan, Verona and a number of other regions have begun to buy our onions. According to EastFruit the organization calls the prices "satisfactory", and resellers have increased prices by 20%, taking into account the high level of production costs. 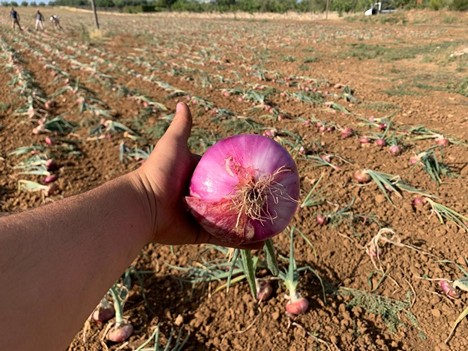 Giammarko says that the onion, which was harvested recently, weighs about 400-450 g, and the maximum weight of the fruit from the first harvest was 900 g. Also, he noted that frequent watering during cultivation and maturation helped to avoid reducing the size of onions by 50%, which could not be done last year due to the prolonged drought.
According to the specialist, orders are slightly delayed due to rapidly growing demand and insufficient labor. It is noted that it is possible to harvest 9-10 tons of red onions per day, but more workers are needed for cleaning, selecting and packing fruits.